The Phantom of the Open, a heart-warming British comedy starring Oscar Winner Mark Rylance, the true story of Maurice Flitcroft, the worst golfer to ever play the British Open.

The list of movies and tv shows centered around Golf seems to only be growing in recent years, with much of the catalogue being brought to viewers courtesy of streaming sites such as Netflix and Amazon Prime. One that may have slipped beneath the radar for many, however, just so happens to be one that was released in cinema. 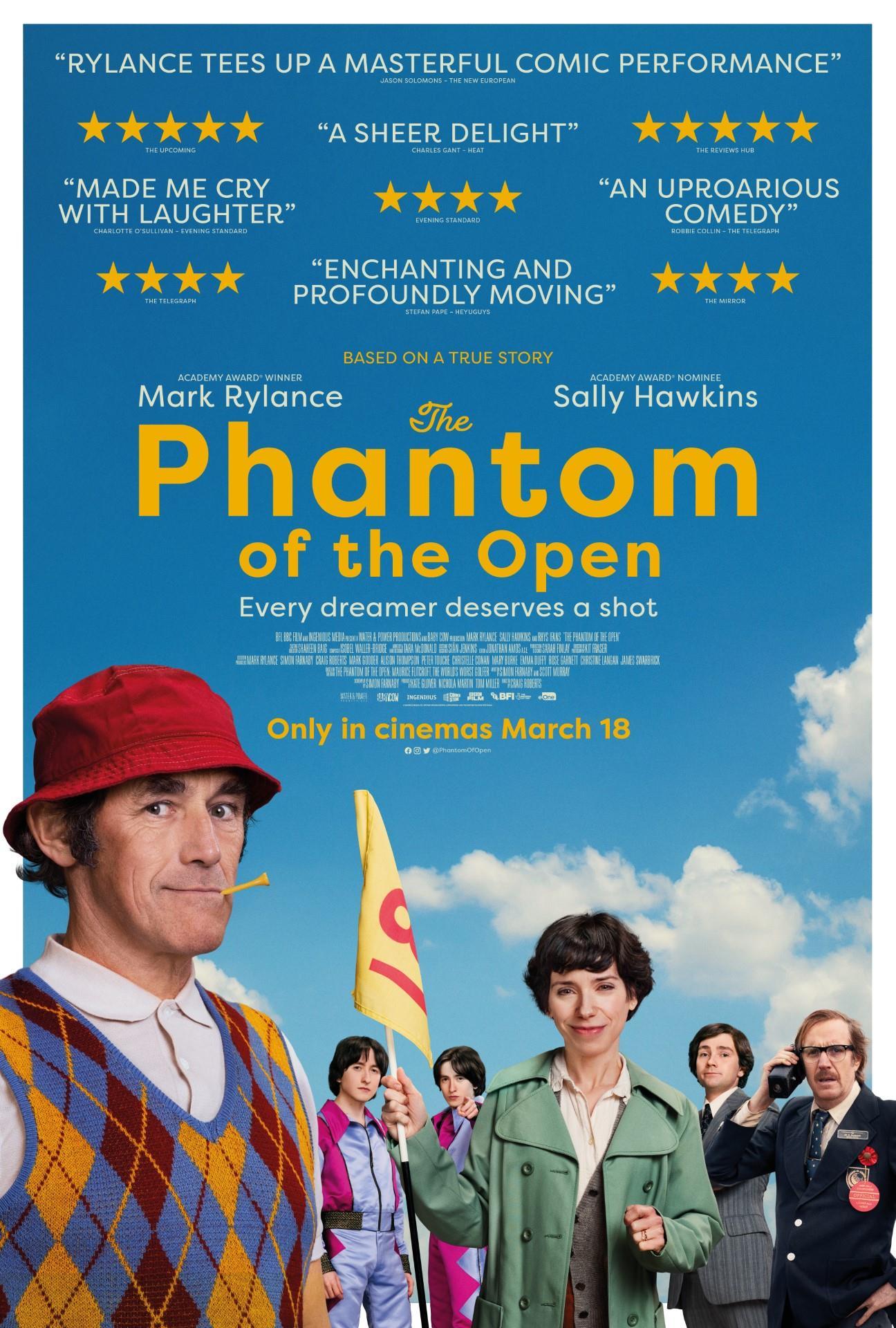 Directed by Craig Roberts (Submarine) and screenplay by Simon Farnaby, star of BBC’s hit comedy Ghosts; The Phantom of the Open tells the remarkable true story of Maurice Flitcroft, a crane operator and optimistic dreamer from Barrow-in-Furness who, with the support of his family and friends, managed to gain entry to the 1976 British Open qualifying, despite never playing a round of golf before. With pluckiness and unwavering self-belief, Maurice pulls off a series of stunning, hilarious, and heartwarming attempts to compete at the highest level of professional golf, drawing the ire of the golfing elite but becoming a British folk hero in the process.

Starring Academy Award® Winner Mark Rylance as Maurice, Academy Award® Nominee Sally Hawkins as his wife Jean, and BAFTA nominee Rhys Ifans as his nemesis Mackenzie. The extraordinary story of an ordinary man, The Phantom of the Open is an uplifting and moving comedy-drama about pursuing your dreams and shooting for the stars, no matter what hand you’re dealt.

Released in UK cinemas on March 18, 2022, the movie has already proved popular with golf fans and critics alike with an IMDB rating of 7.3/10.

“The Phantom of the Open is still a truly delightful comedy drama that’s extremely heartwarming, really funny and genuinely emotional. Mark Rylance gives a terrific lead performance, super likeable and adorably naive. Sally Hawkins is reliably perfect as his wife who’s equally likeable and the heart of the film, also having strong chemistry with Rylance. Craig Roberts’ direction is excellent, full of quirky and fantastical moments that fit the film really well. Both the soundtrack and the music by Isobel Waller-Bridge are both as joyful and fun as the film requires.” – 8/10 star IMDB Reviewer

The film is set for an international release on June 3, 2022.