The Players Championship kicked off its first day yesterday (Tuesday 8th March), with the 49th iteration of this renowned event set to make big waves in the world of professional golf.

This year’s Players Championship is taking place at the TPC Sawgrass in Florida, the grounds which have hosted the event for over 40 years. The tournament will be hosting some of the biggest names in temporary professional golf, including Collin Morikawa and Jon Rahm, with many more set to make appearances and fight for their chance of success. 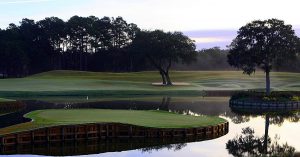 Despite not being an official Major, the Players Championship is often touted a one, with a win at TPC Sawgrass being very much worthy of merit. As such, many of the world’s greatest players will be fighting tooth and nail for a spot at the top, but for these three players, that winning place means more than just the $20 Million top prize.

Three Players to Look Out For at the Players Championship 2022

As the winner of the 48th Players Championship, Justin Thomas has more reason than most to play at the top of his game, with his hold on the winning title on the line and the opportunity to become one of the coveted few with more than one Players Championship wins to his name within reach. 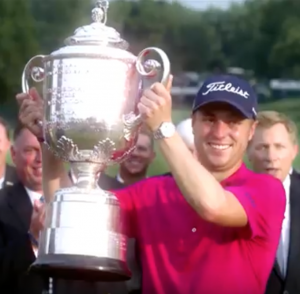 As the defending champion, a loss for Thomas would be devastating- a proof of one of his peers’ skills being above his own, which would be sure to affect his position on the world leader board.

Having gone professional 15 years ago, Thomas is one of the most seasoned players taking on TPC Sawgrass. Having a long history in the game and a previous win at the championship, aswell a formal place as world Number 1, makes Thomas one of the most formidable players up this year.

But will he be able to play as well as last year? Or will his best simply not be enough?

Being ranked by the PGA in their Official World Golf Ranking as the world second greatest player, and having remained there even after participating in the Abu Dhabi HSBC Championship, Collin Morikawa has a lot to prove and a lot to gain from success at the Players Championship.

Having only gone professional in 2019, Morikawa is one of the newest players to the TPC Sawgrass, yet in spite of this opinions on his chances of success are high, with many in the golf betting space putting their money on Morikawa to come out on top.

Whether Morikawa will be able to live up to the professional golfing worlds expectations of him, however, is yet to be seen.

Despite being ranked as the world’s Number 1 professional golf player, a power ranking released by the PGA Tour ahead of the Players Championship placed Jon Rahm in fourth- behind both Justin Thomas and Collin Morikawa, who have been ranked second and first respectively. 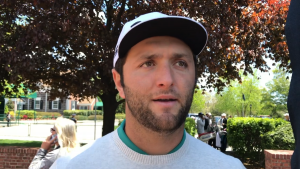 As the world’s best, Rahm is likely to be under immense pressure, in order to hold his current position and not slip down the rankings. This threat is one especially embodied by Morikawa, who with every success inches closer to taking Rahms crown.

Further adding fuel to the fire, Rahm has never made the top 5 at the Players Championship, unlike Morikawa and Thomas, meaning of the three is the weakest player- something reflected in the previously mentioned PGA ranking.

Yet, despite the obstacles, Rahm is still riding high, showing little signs of letting his title go easily. Having won The Farmers Insurance Open back in January, his placement as the world Number 1 is not something that can be contested, and while he may be less experienced on the TPC Sawgrass than his peers, his talent on the green is not something to be overlooked.

Will this year be Rahms chance at redemption at the Player Championship? Or will he buckle under the pressure?