The Farmers Insurance Open kicked off earlier today, with this four-day PGA Tour event set to host some exciting play from some of the world’s best professional golfers.

What Is The Farmers Insurance Open?

The Farmers Insurance Open originally launched as the San Diego Open back in 1952, with multiple name changes throughout the years as the Open moved locations and took on various sponsorships. The event has been sponsored since 2010 by Farmers Insurance, with this year marking the 12th time the company has sponsored the event.

The Torrey Pines Golf Course has been home to the Farmers Insurance Open since 1968; a two 18-hole course both spanning over 7,000 yards. It is a phenomenal space for professional play, and with the records that have been set on the grounds in the past, ensures an exciting and captivating game.

With this information in hand, it’s no surprise that the Farmers Insurance Open is one of the year’s most anticipated events, and the 2022 Open seems to be following suit. Many renowned players will be taking a shot as success, with some players being highlighted for this years game.

With several wins at Torrey Pines and a former number one player ranking to his name, Jason Day is expected to put on a hard to beat performance at this year’s Farmers Insurance Open. 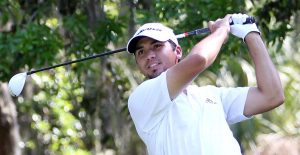 Despite the odds stacked against him, Day’s career has set him up to be a powerful contender at this year’s event. Having gone pro in 2006, his long-standing in the professional golfing world has set him up with an astute understanding of golf, and will allow him

Listed by the PGA Tour as the most powerful player at the Farmer Insurance Open and currently ranking as the world’s number one player, Jon Rahm looks to be another competitor set for victory on the course. 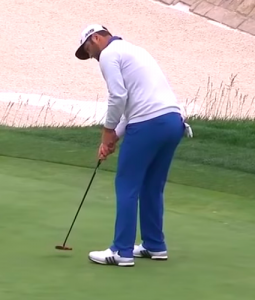 As the winner of the Farmers Insurance Open in 2017, Rahm victory and pre-knowledge of the course gives him a unique advantage over other players. Knowing his weak spots ahead of time means Rahm has had the opportunity to manage how he will play on the course, and work specifically on his areas of improvement.

Furthermore, Jon Rahm’s 2017 Farmers Insurance Open win was the players first win at a major. With that motivation behind him, it can be expected that Rahm will want to continue his streak of success, and will put his best foot forward on the green to take home first place.

Hot off his first place win at the Masters Tournament last year, Hideki Matsuyama is looking to be a fierce competitor at this year’s Farmers Insurance Open. 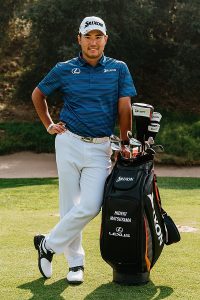 Hideki Matsuyama is a fan favourite to win this years Farmers Insurance Open. Image from Wikimedia

Despite having taken many top spots in major championships over the years, Matsuyama’s win at the Masters Tournament last year was his first number one place win at a major tournament. This win has surely elevated Matsuyama’s understanding of his capabilities on the green, and is sure to be a powerful motivator.

Will he be able to harness the power of his first major win to take his second at the Farmers Insurance Open? Or will one of his more seasoned competitors be able to steal his thunder?