Is Tiger Woods Returning to Professional Golf in 2022?

Tiger Woods’ name has become synonymous with golf over the past 20 years. His successes in the sport across some of the world’s most notorious tours has made him a household name, and with his recent appearances, have had some wondering if he is set to make his return to the world of professional golf.

What Happened to Tiger Woods?

It needs to be understood how unprecedented a return by Woods would be in 2022, with the golfer’s career having taken so many highs and lows. 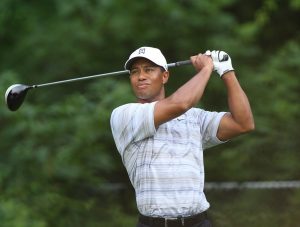 People loved Tiger Woods, and his name was one known even to those without any interest in the sport. To many he was the face of golf, and his dominance in the professional scene went almost unmatched.

However, Tiger Woods’ career was impacted massively in 2009 when he was involved in a sex scandal, revealing his extramarital affairs which had been occurring for some time. Heavy media coverage of this story only added fuel to the fire, forcing Woods to retreat from the spotlight for some time.

Even after returning to professional golf a year later, the public’s perception of Tiger Woods had been thoroughly tainted. He had lost a lot of his fans, and a lot of respect from those in the professional golfing scene. His name was even dropped from his flagship golf video game, with the ‘Tiger Woods PGA Tour’ game franchise simply renaming itself to ‘PGA Tour’. 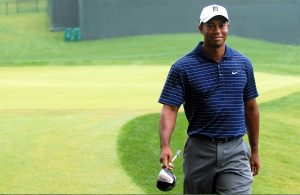 Tiger Woods Return to The Spotlight

While Woods did make some appearances after his hiatus following the 2009 scandal, his play was fairly sparse. Having to undergo multiple surgeries between 2014 and 2017, it is understandable why his appearances were so infrequent, being between a career damaging scandal and several major operations. 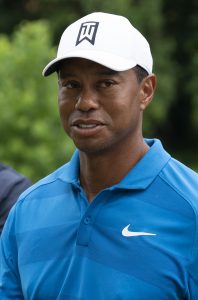 Tiger Woods at the Quicken Loans National (2018). Image from Wikimedia

What brought Tiger Woods back into the starlight, however, was something no one could have predicted.

In February 2021 Woods was involved in a major car accident. His involvement in such an ordeal, and his miraculous recovery thereafter, had him in headlines across the globe, reigniting the public’s interest in him and his career.

Furthermore, later in 2021, Tiger Woods was seen playing at the PNC Championship with his son, Charlie. Images of the two flooded social media, with commenters quick to point out the striking similarities between father and son. These heartwarming images, paired with Woods’ frightening accident just months before, made people wonder just what happened to him. And, more importantly, if he would be returning to the world of professional golf.

Tiger Woods has revealed in interviews that he has retired from professional touring with the PGA. His compiling health problems and injuries, alongside his age of 47, makes it difficult for him to complete full-length tours, and with that difficulty will therefore have an impact on his performance if he chose to participate in one.

Instead, he has announced that he will only be playing in moments and situations that feel right for him. He has been quoted as saying that he would like to play at The Open in St. Andrews this year, however aside from this has given few details on other tournaments he may be participating in.

This is an understandable approach. While it may be disappointing to fans, Tiger Woods is putting himself first, focusing on his physical and mental wellbeing over getting back into professional golf. As fans, it is important to respect these choices, and considering his recent touch with death and the budding career of his son, Woods’ decision to take a step back is all the more understandable.