Despite us only being a week into 2022, golf companies from around the world have already begun scheduling their launches of their new golf club ranges, if not already having launched them out to the general public. 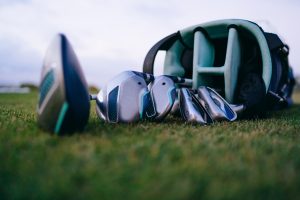 So, if you’re looking for new golf clubs to bring in the new year, look no further than these top picks.

These newly released Irons from TaylorMade have been the talk of the town of late in the golfing community. That is because TaylorMade’s newest Irons are carbon based, as opposed to the industry standard titanium- with TaylorMade claiming that carbon fiber will become the leading material for golf clubs in the near future.

The clubs feature a red carbon fibre face, with unique texturing designed to help increase impact with the golf ball while also giving users more control over their spin and drift on their swing. It is a unique look, when compared to the metal faces seen on the Stealth’s peers, however this design choice seems to be an intentional one by TaylorMade, to draw attention to the club and the design philosophy they believe will be bringing golf clubs into their next era.

This futuristic design philosophy is also reflective in the look of the club. Black, grey, and red carbon fibre make the club look something akin to a sports car, striking to the eye and far removed from original wooden clubs that matches the aesthetics of the players of the past who pioneered the sport.

So, if you are looking for a cutting-edge club, or just something new to spice up your club bag in 2022, the TaylorMade Stealth Iron is a fantastic choice for you.

Keeping to tradition, Callaway have also released their new line of golf clubs, the Rouge ST. Titanium based, this set of clubs come with a sleek design, and multiple options for players based on their own skills and the gaps they need to fill in their club bag.

The futuristic yet sleek design of these clubs was made in part thanks to Callaway’s new AI technology, which has allowed them to use machine learning to understand how best to improve on their previous models.

The faces have been uniquely engraved to encourage contact and distance, while internally built framing has been implemented to help evenly distribute weight across all sides of the club.

My personal favourite design aspect of these clubs is the arrow seen on the top of the club. A stylish design choice, while also being a fantastic built in tool to help players line up their shots and get the most possible out of their new clubs.

Intelligently designed and greatly diverse, there is certainly a club in this range that will improve your golf game in 2022.

While not yet on the market, speculation around Titleist’s 2022 club range has already begun. 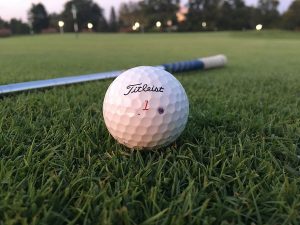 As one of the worlds biggest golf manufacturers, it is no surprise that there are rumours abound regarding what their next models may be, With the divide in technological standpoint highlighted when comparing TaylorMade’s 2022 clubs to Callaway’s, it is understandable why some fans of the brand are eager to see the companies next offering- will they stick to tradition alongside Callaway, or embrace the future hypothesized by TaylorMade?

Titleist’s current range of clubs are the ‘Titleist Speed’ range; first releasing in 2018 with the TS2 and TS3 models. Since then the company has slowly been releasing more models of club to this line, with the TS1 and TS4 models releasing in 2019, and the TSi range releasing a version of each of the aforementioned clubs over 2020 and 2021.

With that in mind, it seems as though this range of clubs is complete, with TS and TSi models available for all four variants of the club. Does that mean the company will be releasing a new range entirely? Or will they stick with what they know, and continue their expansion of the TS range?

Only time will tell.