Golf Clothes: The Wonderful History Of The Attire

Why do golfers wear the clothes they wear?

While the ancient origins of the game are much debated, The modern game of golf is widely known to have originated back in 15th century Scotland, where the first written record is James II’s banning of the game in 1457 with the intention of men focusing on military training over leisure. However, the ban was lifted by James IV in 1502 when he became a golfer himself. Even if you’ve never played golf before, most people will have some kind of idea of the clothes a golfer wears, and the attire is just as traditional as the game itself.

Back when the game began in Scotland, players would piece together their outfits based on comfortability to protect them against the cold weather. Players would wear jackets made of thick fabrics such as plaid or tweed and pair these with a pair of plus fours or ‘knickerbockers’. Knee-high breeches, starched-collar shirts with ties, and a small tweed cap would complete the look, and while this type of attire has been abandoned in professional play it can still be seen on some courses around Scotland. 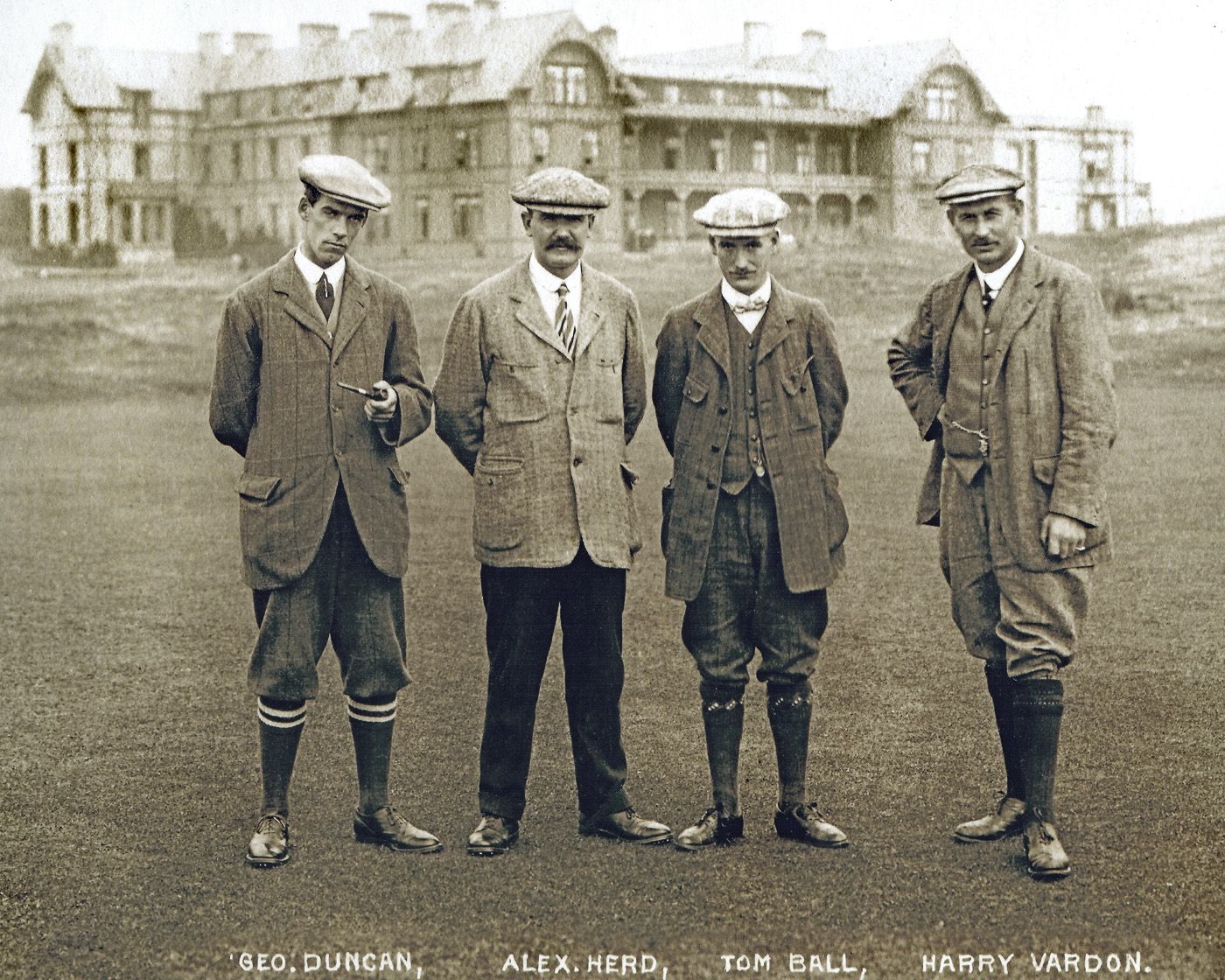 The Roaring Twenties saw a surge in popularity for golf and after gaining popularity among wealthy circles, the clothes were elevated to a more formal look. In 1918 A Vanity Fair article stated that the well-dressed golfer should wear a single-breasted jacket, waistcoat, long socks, and golf cap. Upper-class players took their fashion to the next level with patterned long socks, two-tone shoes, shirts and ties, and knitted cardigans.

The 1930s saw the clothes worn by players take a more casual turn. Golfers began to move away from the classic knickerbocker style and opted toward long flannel trousers instead.

Following the heatwave at the US Open in 1933, golfers switched the heavier fabrics for more lightweight casual clothing. By the 1950s, it was no longer customary for men to be seen in formal grey suits as they opted to dress for more coloured fabrics.

The Second World War saw a change in the way clothes were made. Mass production was developing and synthetic fabrics were coming into fashion, taking over from such materials as cotton. The tennis shirt was almost universally adopted as standard golf attire and many golf courses and clubs today require Golf shirts as part of their dress code.

It is common nowadays for Golf clothes to be much more casual, but most clubs will still require a standard dress code which is always worth checking before you play. Male golfers often tend to wear golf shirts made of polyester or mercerized cotton partnered with chinos or another casual trouser in a lightweight fabric. Polo shirts are also popular, as are two-tone golf shoes. 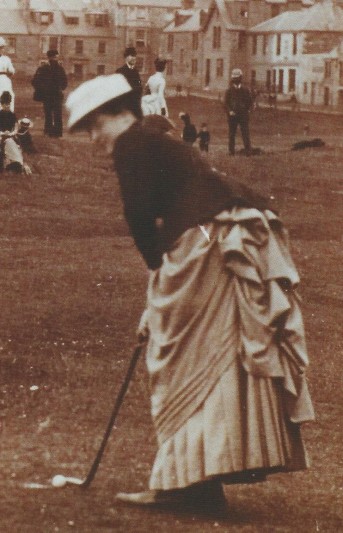 Women in the 19th and 20th centuries were not allowed to play golf as a competitive sport but only as a leisure activity. Victorian golf dresses included crinolines, bustles, and multiple petticoats and heels. Which was hardly the most practical attire for playing in.

It wasn’t until the 1920s that women could have fewer layers while golfing. They were allowed to wear a single-layer skirt cut below the knee and stockings with a suit-style jacket. Golf shoes for women were still not invented, and it’s shown that at this time women were still wearing heels. 1933 saw the first time women were seen wearing trousers on the course, however, it was still considered incredibly scandalous and didn’t become common dress until many years later.

The 1950s were the beginning of liberation when it came to hem lengths for women, offering the freedom to wear skirts above the ankle. With increased mobility on the golf course, these skirts were paired with a blouse and layered with a cashmere sweater. In warmer weather, sleeveless blouses were acceptable. The waistline was also a topic of debate for women on the course. “sack dresses” were viewed as the modest choice as they were a formless and unbelted dress that hung straight from the shoulder to the hemline, many women, however, opted for dresses that were more fitted and had a waistline.

Everyone is familiar with the Bold colors and patterns that began to make their way into people’s wardrobes in the 1960s and women’s golf clothes were no exception to the trend. Hem lengths inched upward and the skort was introduced, this made it possible to wear knee-length skirts. This decade saw Waistlines disappear, making way for free-flowing tunics and culottes. Comfort was favorable at the time, leading the way for flowy dresses and skirts on the golf course. 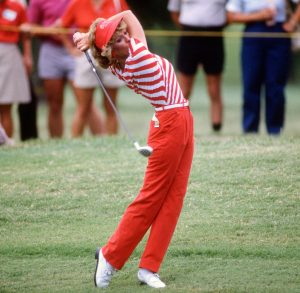 The 1970s waved goodbye to the golf dress and subbed in a more unisex style. Women began wearing pants suits, form-fitting pants, and platform shoes as statements of power and equality, Slacks replaced the golf dress, and clothes that complimented the waistline were reintroduced. Polyester was the fabric of choice and bright colors were very prominent. It wasn’t uncommon to see women on the first tee sporting bright red or yellow flares.

Despite the shift from vibrant colours to subdued tones, the clothing styles remained more or less the same for women during the ’80s and ’90s. The ’90’s introduced the wide brim visor that can still be seen on the courses today. During the 2000s Women began to push the boundaries of country club and resort golf standards by choosing clothing that fit their desire to wear fabrics and cuts that could perform just as well as they did. Sleeve lengths shrank and companies began to focus on using more breathable, moisture-wicking fabrics like polyester.

Popular styles for women today have remained very similar to those in the 2000s, these include a matching two-piece of a shirt and skirt or trousers, plus accessories like visors, sun hats, and belts.