What were you doing when you were 11? For most, signing a brand deal with golf brand titan OnCore isn’t something that appears on that list. For golfing prodigy Xeve Perez, however, that is exactly what happened to him recently, with the aptly nicknamed ‘X-Man’ now having more backing than ever to pursue his dreams in the world of professional golf.

Child prodigies in the field of golf are nothing new; Lydia Ko was first recognised for her prowess in the sport at just seven years old, and Tiger Woods’ son, Charlie, has been compared to his dad in his golf skills by many a media outlet. 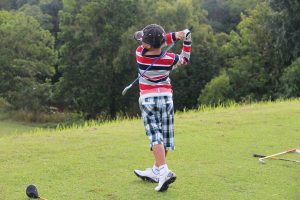 Children, while not put into the same leagues as adult players, are given the option to play the sport competitively, with many leagues for youngsters organised to allow them to flex their skills and show off their talent. It is from these junior competitions that many professional players are first spotted, to eventually be brought into professional play by the likes of the PGA Tour and others.

It is in this early stage of his career that Xeve Perez finds himself, but with this recent brand deal, it is likely that his success will only continue to rise.

According to his parents, Xeve first showed interest in golf at only 2 years old, having even won a competition at a camp he attended at such a tender age. As an article by Forbes puts it;

During some of his earliest days on the golf course, he’d play three holes, be given a bottle and then take a nap.

Xeve’s early interest in the game, thankfully, has been something nurtured by his family. With this support behind him, at age 5, Xeve was able to get in contact with OnCore, who too were greatly supportive of the young player’s career. It is no surprise, therefore, that this early supporter is now the brand financially backing Xeve, with their years of communication and partnership now coming to a head.

It wouldn’t take long for OnCore’s hunch to be proven, as just a year later Xeve was winning tournaments aimed at teenage players- no small feat, for a six-year-old. This was a trend that continued throughout the years, with Perez outplaying many of his older peers even at games that were not designed with him in mind.

As of the writing of this article, Xeve Perez has over 250 tournament wins to his name, including wins from some of the most prestigious junior tournaments in America. This includes, but is not limited to:

With a repertoire like that at such a young age, where Xeve Perez’s career will go next is anyone’s guess.

Where will Xeve Perez Go Next?

With a sponsorship by a major company and several big tournament wins under his belt, Xeve’s success is unlikely to stop anytime soon. But just what might be in store for him?

There are many golfers whose careers Xeve can be compared to. Aforementioned pro golf star Lydia Ko begun her career at a similar age to Xeve, and like him, was winning many competitions including those set for age brackets above her own. At 16, the PGA gave her special permission to play professionally despite regulations that players must be 18 to compete, and in 2015 she was ranked the Women’s No.1 Player in the world- the youngest player to ever receive such an award, at 17. 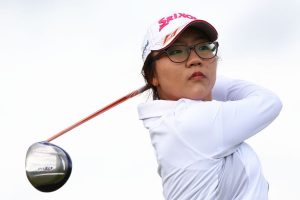 Considering comparisons are already being drawn between Xeve Perez and golf superstar Tiger Woods, maybe the status of No.1 Player may one day be his.