A brief history of the beloved golf ball

Aside from the clubs and the clothes and the various courses around the world. You can’t play a round of golf without one key element. The golf ball. Yes, it’s obvious but it’s true. Golf is all about the ball. While you can attribute much of the success of your performance to your choice in clubs, it’s easy to overlook how your choice of ball can affect your game, and very few are aware of the history behind the balls themselves.

Records of the early history of golf balls are unfortunately very limited. The first balls were most likely made of wood, such as beech, boxroot, and other hardwoods. The first and most famous feather ball known as the ‘featherie’ was introduced in the early 17th century. 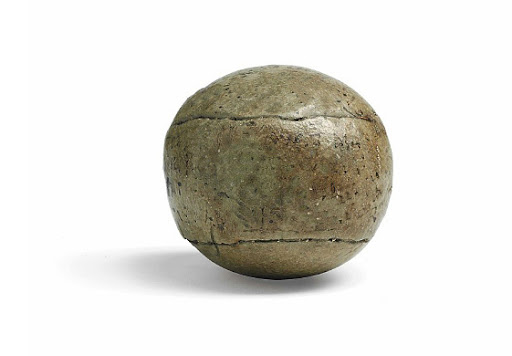 Until the mid-19th century, the featherie was the standard golf ball. Made of cow or horsehide and stuffed with feathers, the leather, in order to be easier to work with, was soaked in water. The feathers were then forced into the ball using a specially designed crutch-handled filling rod. The ball was carefully hand-sewn together and left to dry. The leather would then shrink, and the feathers would expand, this made the ball very hard and compact. The featherie had excellent flight characteristics reaching a distance of up to 175 yards, with the longest recorded distance being more than 361 yards.

In the mid-19th century, most people could only dream of playing golf. Not only was this due to the limited amount of golf clubs around the world, but also the high cost of golf essentials, especially golf balls, which made the game more or less inaccessible to ordinary people. This soon changed with the introduction of a much cheaper ball, the ‘Gutta Percha Ball’ known as ‘the Guttie’. 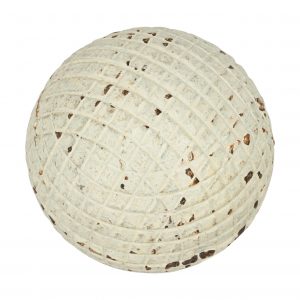 The Guttie was made of gutta-percha gum, a dried gum resin from guttiferous trees. The first gutties were smooth, however,  it was soon noticed that the ball performed better with nicks and blemishes. It is said that a saddle maker in St Andrews used his tools to create regular grooves, which was better than random cutting. In 1871, a mold to make gutties was created, which was a quicker and more consistent method of production. Gutties were painted white or red for winter play, not only as protection but also for the practicality of being able to find them.

The traditional story of their creation, was that in 1843 Robert Adams Paterson a divinity student at St Andrews, received a package from Singapore of the God Vishnu packed in gutta-percha. It was not uncommon to make things from this packaging and Paterson tried heating and molding it into golf balls. His early experiments were not successful. Upon his graduation, he emigrated to America, and his brother continued his work to create an acceptable prototype golf ball, which he stamped “Paterson’s Composite – Patented”. The patent existed only in his imagination, as none was ever granted.

In 1898, Coburn Haskell, an American, developed a wound core ball. A solid core wrapped tightly with rubber threads and covered with a layer of gutta-percha. The outside covering was initially a Bramble pattern, and it would be a dozen years before the superior dimples patterns that we know today were developed. 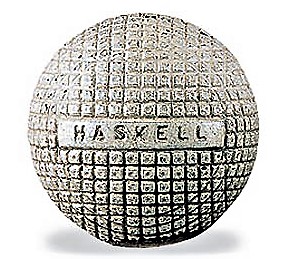 As with the Gutty, the invention of the rubber-wound golf ball is somewhat romanticised. The story goes that Haskell, while waiting to be received by Bertram Work at the Goodrich plant, started playing with a bit of rubber thread. Rolling it into a ball, he then bounced it to the floor, and to his surprise, the ball bounced back to the ceiling. Haskell then shared his “discovery” with Work and that is how the idea of a rubber-wound golf ball was born.

Although Haskell’s rubber-wound core ball is traditionally regarded as the first modern golf ball, the origins of the ball that is widely used today dates from the 1960s. An American chemical engineer named James R. Bartsch entered the golf ball-making business only to find out that he was not going to succeed unless he found a way to reduce the cost of the materials and labour. He began experimenting with various synthetic materials and refused to give up until he found the perfect formula. Bartsch’s ball wasn’t only more cost-effective during production, but it also re-introduced the concept of a solid-molded ball.

Bartsch filed for a patent in 1963, but was not successful until 1967, by which time, Spalding had a one-piece ball of its own – the Unicore. Shortly thereafter, Spalding launched the Executive. Besides becoming the first one-piece ball since the guttie, Spalding’s one-piece ball was superior to Bartsch’s counterpart. In the same year, Ram launched the first golf ball featuring DuPont-produced Surlyn ionomer resin cover which would eventually became the most popular golf ball cover. However, all of these only helped set the stage for a truly revolutionary golf ball that was introduced by Spalding in 1972: the two-piece Top-Flite which, was noted, as the golf ball of the future. 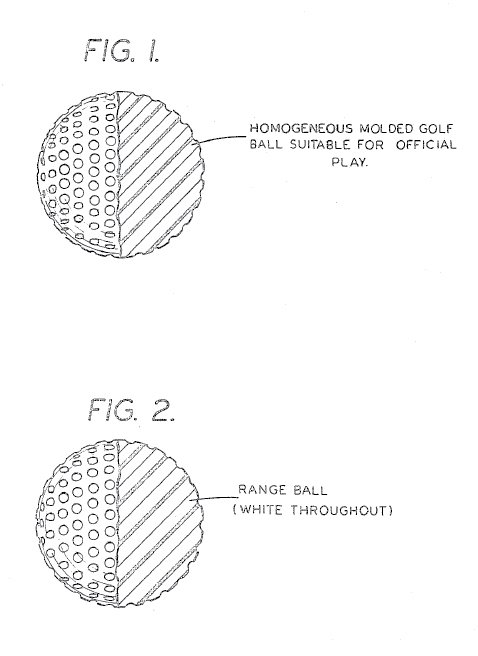 With the Surlyn cover, the Top Flite wasn’t only more durable than Bartsch’s single-piece ball but it also addressed every golfer’s dream: distance. Its overall performance, however, wasn’t on par with that of the balatawound rubber core and therefore, most professionals initially refused to switch. This soon changed after Tiger Woods won The 2000 Open Championship playing with Nike’s solid construction ball called the Tour Accuracy.

In the same year, Titleist launched the ProV1 three-piece multilayer ball which became an instant success. As soon as it was introduced to the Tour in Las Vegas in October 2000, as many as 47 pros decided to make the switch to the ProV1, and it didn’t take long for amateurs to follow in their footsteps.

The golf ball market continues to be dominated by the Titleist ProV1 and Titleist four-piece version ProV1x golf balls, which made their manufacturer an absolute winner of the 1990s “Golf Ball War”. However, this 15-year old “reign” didn’t scare away other ballmakers. Golfers can still choose from more than 1,000 golf balls, designed to provide more control, achieve greater distances, increased durability, optimal spin, etc., and make the game more enjoyable while helping golfers improve their score.