A recent R&A participation report showed 25% of Britain’s female golfers tried their hand at the sport for the first time during the Covid pandemic.

Now, a new UK Women’s Golf Community has been set up by women’s golf campaigner Jasmine, better known as The Jazzy Golfer. “Golf has had a massive surge of women playing, so this is the perfect time to address the issue and keep women in the sport,” Jazzy told BBC Sport.

Upon discussing her own introduction into the game, in 2020, Jasmine told emirates woman, “Bored of driving the buggy around they told me to ‘give it a go’. I thought, “How hard could this be?” Well, it turns out it was pretty difficult!”

She added: “like a typical millennial, I went online to find someone to look up to and learn from but realised there wasn’t really anyone showcasing the young, beginner females perspective so, ‘The Jazzy Golfer’ was born!”

In May 2021, figures released by the R&A revealed that an extra 2.3m adults were playing golf in the UK and Ireland in 2020 despite disruption from the Covid-19 pandemic. The numbers playing on a nine or 18-hole course in the UK increased by 2.1m players to 5.2m – the highest figure recorded this century. 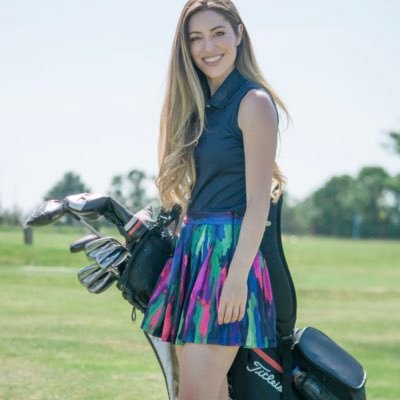 The R&A launched the Women in Golf Charter in 2018 to encourage more women to take up the game and Jazzy says her community, which is being launched on Facebook, complements that.

“When I started playing a few years ago it was difficult to find other women to play golf with,” added Jazzy.

“Most women are introduced through a male partner and while integration is nice in golf, it’s great to play with your peers. It’s about bringing everyone together in a social environment.

“It’s not just for adults, we want to encourage girls to come along with their parent or guardian too for a safe, fun, social event.”

The first events are taking place in towns and cities across England such as Bristol, Coventry, Leicester, London, Newcastle, Rugby, Salisbury, and Swindon, with plans to roll out events in Scotland, Wales, and Northern Ireland.