In August 2020, it was announced that plans were in the works for a new mini-golf course to be created on the historic library lawn situated between the central library and Museum Gardens.

The sight has been part of a Roman Fortress, a medieval hospital, and a second world war air rade shelter will be transformed into a mini-golf course that celebrates the rich history of York, with each of the course’s 12 holes dedicated to a different time period, or a different area of the city. 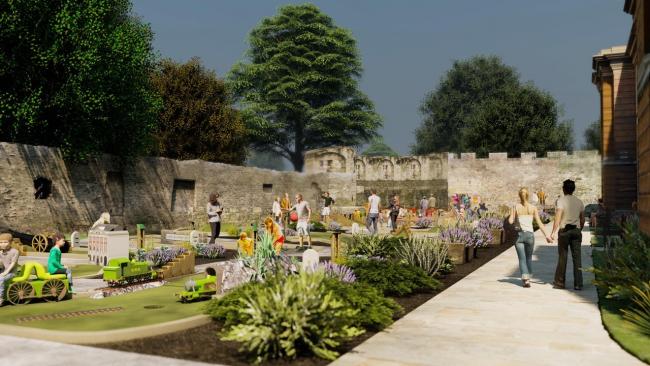 Some of the holes will therefore be themed around Roman, Viking, and Georgian York, with one based around the medieval St Leonard’s Hospital that once stood in the site from 1137AD – 1539AD.

The 12-hole course is the brainchild of friends and entrepreneurs David Finch and Helen Birkett. They have designed the course in collaboration with Explore York Libraries and Archives. And a planning application to operate the course for up to seven years has now been lodged with city planners.

“We’re not serial mini-golf entrepreneurs!” stressed Mr. Finch. “We’re just local people that have come up with an idea. Most people associate mini-golf with the seaside, but this course will respect the heritage of York. This isn’t going to be big, brash, and gaudy, in fact, we hope that it will be something that inspires people to want to discover more about the city.”

If given the green light, it’s hoped that the course could open anytime between Easter and the summer. Players would start their journey in Roman times and progress through the various ages. As they go along, each hole will have an information board, with further signposting to inspire players to discover other places of interest in the city. 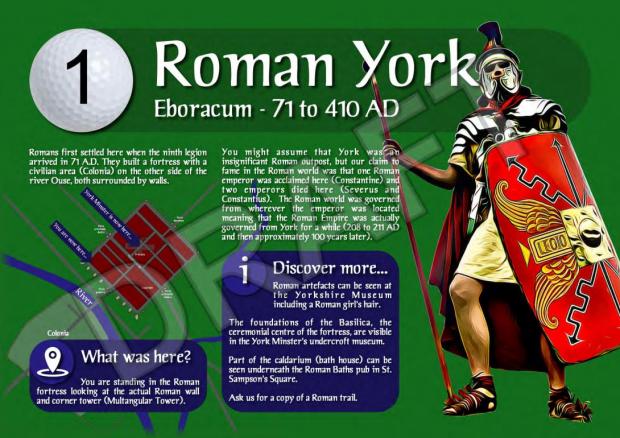 Proposed Information Board For Hole 1

“Library Lawn has an amazing story to tell,” said Helen Birkett. “Unfortunately, it is also massively under appreciated. York has a reputation for authentic heritage, which is why it is so important that we inspire people to discover it by connecting players with the real thing.”

Under the plans, Explore York would be given a fixed rent. There will be an as-yet-undisclosed fee to play, but Mr. Finch, who is a volunteer mentor for fostered children, says disadvantaged children and their carers will play for free.

“We see this project as the first stage in our development of Library Lawn,” said Sarah Garbacz, Explore York’s deputy chief executive. “In the longer term this important area will be used to showcase our nationally important archives as well as an exciting programme of cultural activities.”

To learn more about the progress of the project, visit: planningaccess.york.gov.uk/ and search for reference 21/02758/FUL