An emotional Woods choked back tears after his 14-year-old daughter Sam gave a moving speech before he was inducted into the World Golf Hall of Fame.

Sam mentioned not knowing if her father would emerge in one piece from last year’s horrific car crash, Woods recalled battling racism as a junior player and the support of his parents, coaches, and friends.

“I didn’t get here alone,” said the 46-year-old. “I had unbelievable parents, mentors, and friends who supported me in the darkest of times and celebrated the highest of times.

“It’s actually a team award. All of you allowed me to get here and I just want to say thank you from the bottom of my heart.”

It is unclear whether Woods will return to the game. He appeared to move slowly on the stage, clearly still feeling the effects of the crash, but his importance to the game is still huge.

In a glittering career, Woods won 15 majors, second only to Jack Nicklaus’ 18, in a recorded video message, Nicklaus paid tribute saying “I first saw him when has about 13. I watched this skinny kid hit a few balls and I was told he’d be good. I said we’d see about that. We’ve now seen.”

PGA Tour commissioner Jay Monahan said, “Sport needs hype. Not many people live up to it. Tiger exceeded it.”

He recounted tales of searching for golf balls to be able to practice, and of putting for quarters and dollars, which he said his late father Earl frowned upon.

Woods recalled encountering racism when going to junior tournaments. “I was not allowed into the clubhouses. The colour of my skin dictated that, I had to change my shoes in the car. As I got older that drove me even more.”

Woods choked back tears when it came to talking about his parents and how they took out a second mortgage to fund his golf when he was 14 and being able to pay that off when he signed his first sponsorship deals and won his first prize money. 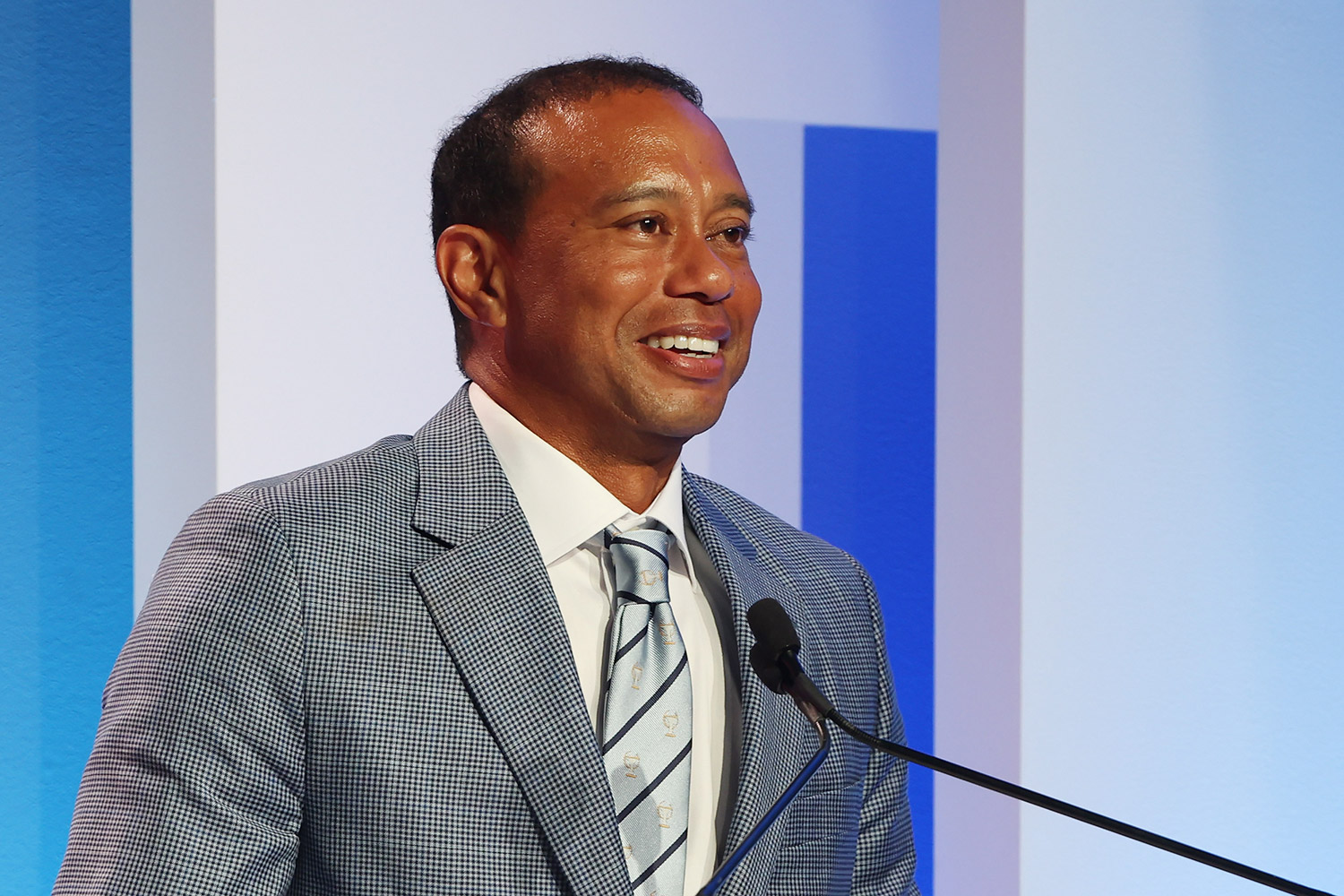 He said he would not have become the player he did “without the sacrifices of mom and dad, who instilled in me this work ethic to fight for what I believe in, to chase after my dreams”.

In 1997 he became the first black player to win a major with his 12-shot victory at the Masters and between 1999-2002 he won a remarkable seven out of 11, including a run of four across two years, dubbed the ‘Tiger Slam’.

In her introductory speech, his daughter Sam said, “This is why you deserve this, because you’re a fighter,”

She called his car crash one of his “ultimate lows” and one of the scariest moments of their family’s life.

“Now you are here standing on your own two feet,” adding “through thick and thin” their family will always be a team.