The Ryder Cup has been faced with a slew of challenges in the face of COVID-19.

With the 43rd Ryder Cup having been rescheduled from 2020 to 2021, fans of the series will have to wait another year for the 44th game, with the decision to keep the Cup biennial rather than play the game on its originally scheduled year. 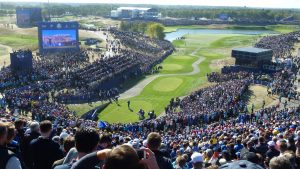 Views at the 2018 Ryder Cup. Image from Wikimedia

This pushback has also led to wild speculation as to who the European captain of next year’s game will be, with rumours suggesting Henrik Stenson, Luke Donald, or Robert Karlsson amongst others have been put up to the task of picking up where previous captain Padraig Harrington left off.

Each of these contenders would make for spectacular captains, each with years of experience and wins at major tournaments to their names. All essential aspects to make an effective Ryder Cup captain, whose position entails they get together the best team, and set them up for success– something that can only be done efficiently with years of knowledge of the game.

Having recently made it into the top 39 at the Abu Dhabi HSBC Championship last week, Henrik Stenson has been hard at work in his professional golf career.

His dedication to the sport is something that can be seen reflected in his 23 year long professional career, with 21 professional wins to his name, more than any of the other potential Ryder Cup captains. These wins include coming first at the 2016 Open Championship and 2009 Players Championship, and a two year reign over the DP World Tour Championship, in 2013 and 2014. 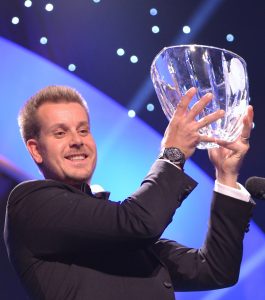 If this impressive set of wins isn’t enough proof of Stenson’s dedication, than his commitment to success in 2022 certainty should be. This year is shaping up to be a big year for the player; something he will need, in order to prove his place as captain at the 2023 Ryder Cup.

Will Stenson make the cut? Or will he be outshone by one of his competitors, like former number one player Luke Donald?

Donald is another player alleged to be in the running for captain at the 44th Ryder Cup. Having been ranked the world number one player back in 2011, Donald is certainly a player capable of taking on such a position, and with his continued career success to this day is a fan favourite choice for many.

Having started his professional career back in 2001, the 44 year old has been able to take a number of wins under his belt, including the 2006 Honda Classic, the 2010 Madrid Masters, and 2012 Transitions Championship, amongst others. He has also taken many top spots amidst other championships, including top 10’s at the Masters Tournament, U.S. Open and PGA Tour. He also took up the position of Vice Captain at the 2021 Ryder Cup, giving him a unique advantage amongst his peers.

With such a decorated career, it is no wonder why Donald is such a revered player. And with over 20 years of professional experience, taking up the position of captain would certainly be well suited to him.

Having gone professional all the way back in 1989, Karlsson is the most experienced of the three rumoured contenders for the Ryder Cup Europe captain. 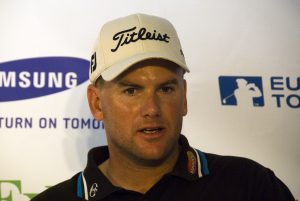 Whether Karlsson is the right choice for the position of Europe captain, therefore, is highly debatable. Would his lack of wins in comparison to his peers make him a less successful captain? Or would his over 30 years experience in the world of professional golf give him a unique insight into his players and how to work to their strengths?

The choice of the European captain is set to be announced in the following weeks. And with so many candidates up for the role, who it may be is anyone’s guess.