It is now only a couple of months until the world’s best gather to battle for the PGA Championship across Kiawah’s bruising yet beautiful layout. It seemed fitting to revisit my trip to Kiawah in 2019 in anticipation of the second major of the year.

Iowa born Bill Bryson’s book ‘Notes from a Small Island’ is one of my favourite books. In it, Bryson travels to the UK and chronicles his falling in love with our small island and eventually, decides it is the place he wants to call home. However, after spending a few days in Kiawah Island, South Carolina I can’t help but think he could have looked at this island closer to home. 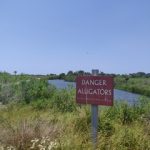 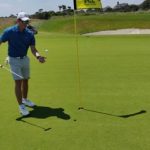 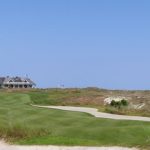 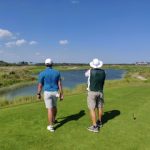 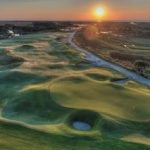 In terms of its geographical location, Kiawah Island sits within an area of the United States that has a culturally rich and colourful past. The nearest town is Charleston, prominent in many ways, not least that it was the place that the first shots were fired in the Civil War and it was the site of the first decisive American victory during the Revolution at the Battle of Fort Sullivan. More relevant to this article though, it was also the site of the first golf course (Harleston Green) and golf club (The South Carolina Golf Club) meaning that the roots of golf in North America can be traced back to this coast of South Carolina.

Kiawah itself has had a turbulent past. Originally, the land was inhabited by a tribe of Native Americans who lived here in the 1600’s and where the name Kiawah (KEE-a-way) is derived from. In 1699, George Raynor (a suspected pirate) was given the title by the Quaker founder of Pennsylvania, William Penn. It then changed hands a couple of times before the land fell into the control of General Arnoldus Vanderhost in the latter part of the 18th century. His family then controlled the island for the best part of 200 years before selling the land in 1951 and it was eventually developed into a resort in 1974.

There are many reasons to love Kiawah Island. It is naturally blessed with an abundance of animal and bird life. Ospreys and Bald Eagles roam the skies and Bobcats and Alligators stalk the ground and water ways. The beach stretches some ten miles and is consistently voted as one of the best 10 beaches in the US. Island life is tranquil and relaxing and guests mix with residents on many of the cycle routes and beach walks that stitch their way across the island. And that is before we even come to looking at golf…

It is barely believable that a golf course could be constructed on the marsh land that the Ocean Course cuts through, but somehow Pete and Alice Dye managed to do just that. The course itself is raw and breathtaking as Dye intended it to be. The overriding feature is the raised nature of the course above the protective dunes, leaving the fairways open to the elements and meaning you rarely play the course without some wind. It also means picking sight lines can be difficult off the tee and makes taking one of the course caddies around with you an absolute necessity on your first few visits. The last 5 holes hug the beach and are some of my favourite golf holes that I have played anywhere in the world.

It has detractors who things such as it is too penal, too difficult and is based too much around target golf. Dye in general can be a polarising golf course designer. For me though, golf is all about jeopardy and with jeopardy comes beauty and excitement. The course will end up winning most days but is that necessarily a bad thing? That birdie or flushed drive will feel all the more sweet on a course like the Ocean Course and I for one would love to go back and try and to get the better of it.

In terms of credentials and plaudits, the Ocean course has many feathers in its cap. It is widely regarded as one of the best courses in the U.S.A and is definitely one of the toughest. It hosted possibly the most iconic and memorable Ryder Cup in 1991 where Bernard Langer missed a putt on the last green to concede victory to the U.S.A. by a single point. Nicknamed ‘The War on the Shore’, the course certainly contributed significantly to the attritional nature of the match. In 2012, the course hosted South Carolina’s first ever major, the PGA Championship. Rory McIlroy won the tournament convincingly but even he found himself shooting in the mid 70’s on one of the days as the wind and the course took its toll on the world’s best. Will Kiawah reignite Rory’s form in the majors? Well it’s not too long until we get to find out. 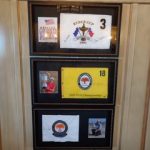 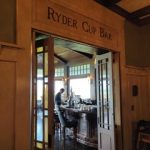 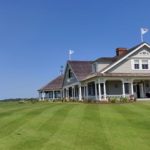 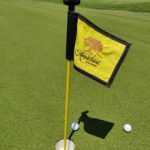 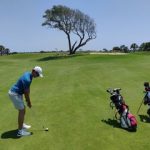 Kiawah is not made up of just one course, but five and unlike many other resorts, all the courses stand up on their own two feet as proper tests of golf. The roll call of course designers is like a who’s who of golfing royalty. We’ve already mentioned the Dye team and the Ocean course. Following closely behind is Jack Nicklaus’s Turtle Point, Tom Fazio’s Osprey Point, Cougar Point by Gary Player and finally Oak Point by Clyde Johnston. A finer collection of courses and architects under one resort banner, I defy you to find. Work has been undertaken to revamp most of the courses in the past few years. The main upgrade has been that the greens on all the courses have been replanted with Paspalum grass, a salt resistant strain. Early results would appear to indicate this has been a shrewd change of tack and the condition of the courses as of May 2019 was absolutely fabulous. Another new initiative has been to make the Ocean Course a walking only course between September and May. The course was designed as a walking course and you really get a feeling for the craft in Dye’s design by walking the fairways (and rough) in between shots.

So back to Bill Bryson. He fell in love with a small island which was culturally and physically very different to Iowa and the U.S.A. The land around Kiawah Island is physically unlike anything in the U.K. and life on the island is so relaxed in comparison to normal U.K. life. I would move to Kiawah in a heartbeat, even taking into account South Carolina’s oppressive summer months, hurricanes and its distance from friends and wider family. That is the impression it has made on me. But in practical terms, I will have to settle for visiting once in a while and telling everybody that I know that you have to visit. Florida seems to be the golfers paradise of choice for many European golfers, but South Carolina should most definitely be featuring in your post pandemic travel plans.