For generations, professional golfers have looked about as fit as your local barfly. The legendary John Daly, for instance, is as known for his potbelly and penchant for Marlboro reds as he is for his swing.

But when the pros take to the course at Augusta National on Thursday for The Masters, many of them will be chiseled, well-oiled muscle machines who follow strict diets and put just as many hours in at the gym as they do at the driving range. Johnson and Koepka, for example, train in the gym with Diovisalvi for 90 minutes, six days a week.

They supplement those sessions with six additional hours a week biking, paddle boarding, running or swimming. Their hard-hitting style and ripped frames (including Koepka’s brawny arms and Johnson’s sinewy torso) have earned them the nickname the “Bash Brothers” and made them emblematic of the modern golf body.

Diovisalvi, a New Jersey native, has become an evangelist for physical fitness in golf after training under doctors who studied sports biomechanics. The 53-year-old has spent the last two decades trying to convince players that focusing on fitness and body mechanics will benefit, not hurt, their game — especially their golf swing. 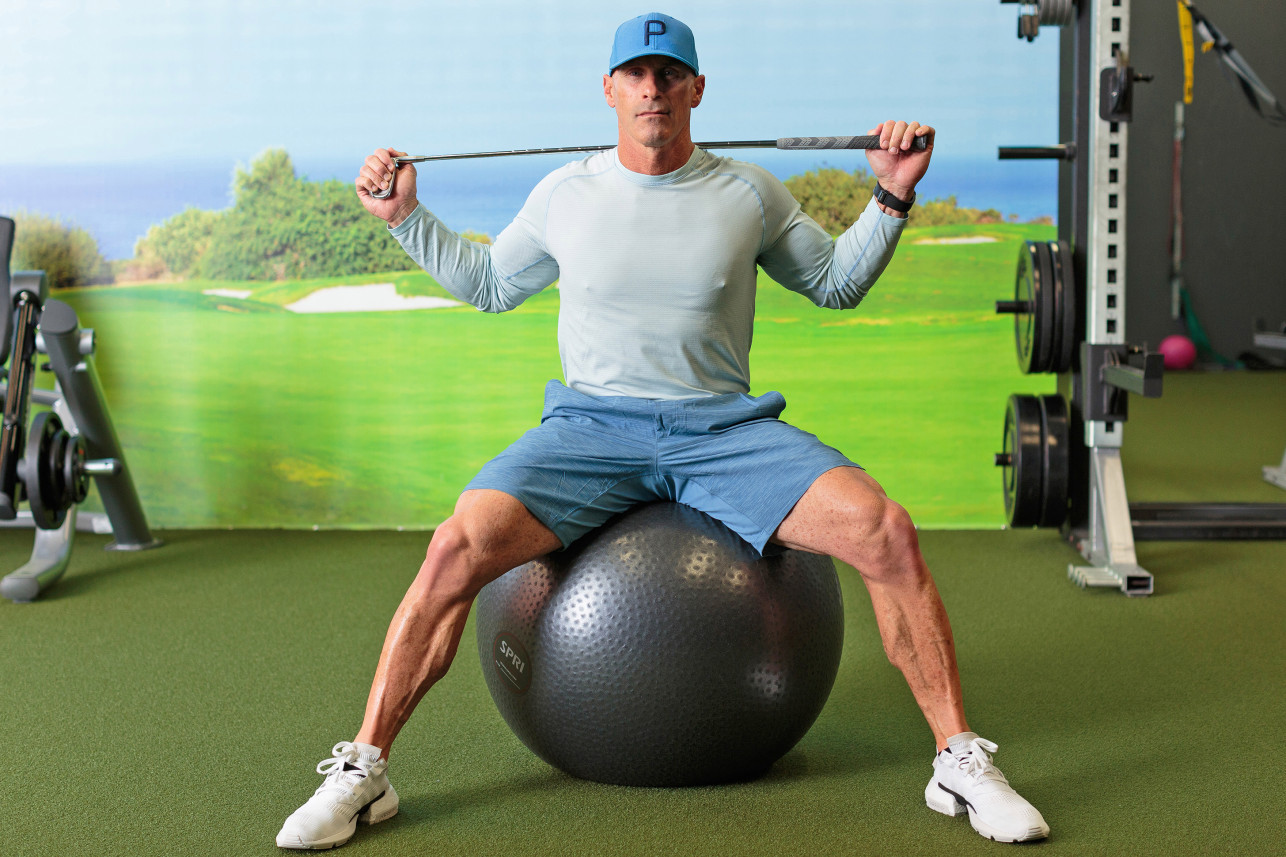 In the early 2000s, Diovisalvi approached tour professionals with his fitness gospel, which combines golf science with focused strength moves to build a powerful and efficient body. “I would hear this: ‘If you get too muscular, you get slower,’ ” says Diovisalvi.

Joey D. now operates a facility in Jupiter — a 10,000-foot golfer’s paradise with training areas and golf-specific technology — where he and his team train upward of 16 PGA golfers, including Justin Thomas (currently ranked No. 5 in the world), and eight LPGA golfers. And it’s not just the elite ranks who are regulars there. Amateur and junior players also seek out his program. Diovisalvi says recreational golfers come from as far away as South America to take sessions with his team of trainers and biomechanics coaches.

Diovisalvi — who works out alongside his top two clients — says that thanks to his method, “They have better balance, better joint mobility and better muscle and body awareness. They are going to hit the ball farther by nature because they can lengthen their backswing so there is more power — like a slingshot.”

Beyond refining the swing, fitness allows the golfer to control one variable in a game of many.

“On any given day, you never know who is going to win a golf tournament. Hard work outworks talent when talent doesn’t show up. Having better endurance and being more body-aware gives you that edge,” he says.