Here are five things to know about Wolff, who will join Fowler to face McIlroy and Johnson in the TaylorMade Driving Relief skins game at Seminole Golf Club in Florida.

He swings uniquely — and powerfully. He starts his golf swing with a left leg wiggle. He then takes the clubhead outside his hands on the takeaway, and at the top of the backswing, the clubhead points more upward than a traditional swing. Then the power comes. “There are some moves that don’t look conventional, but down through the ball it’s as good as anybody in the world,” Wolff’s coach, George Gankas, told the PGA Tour’s website. 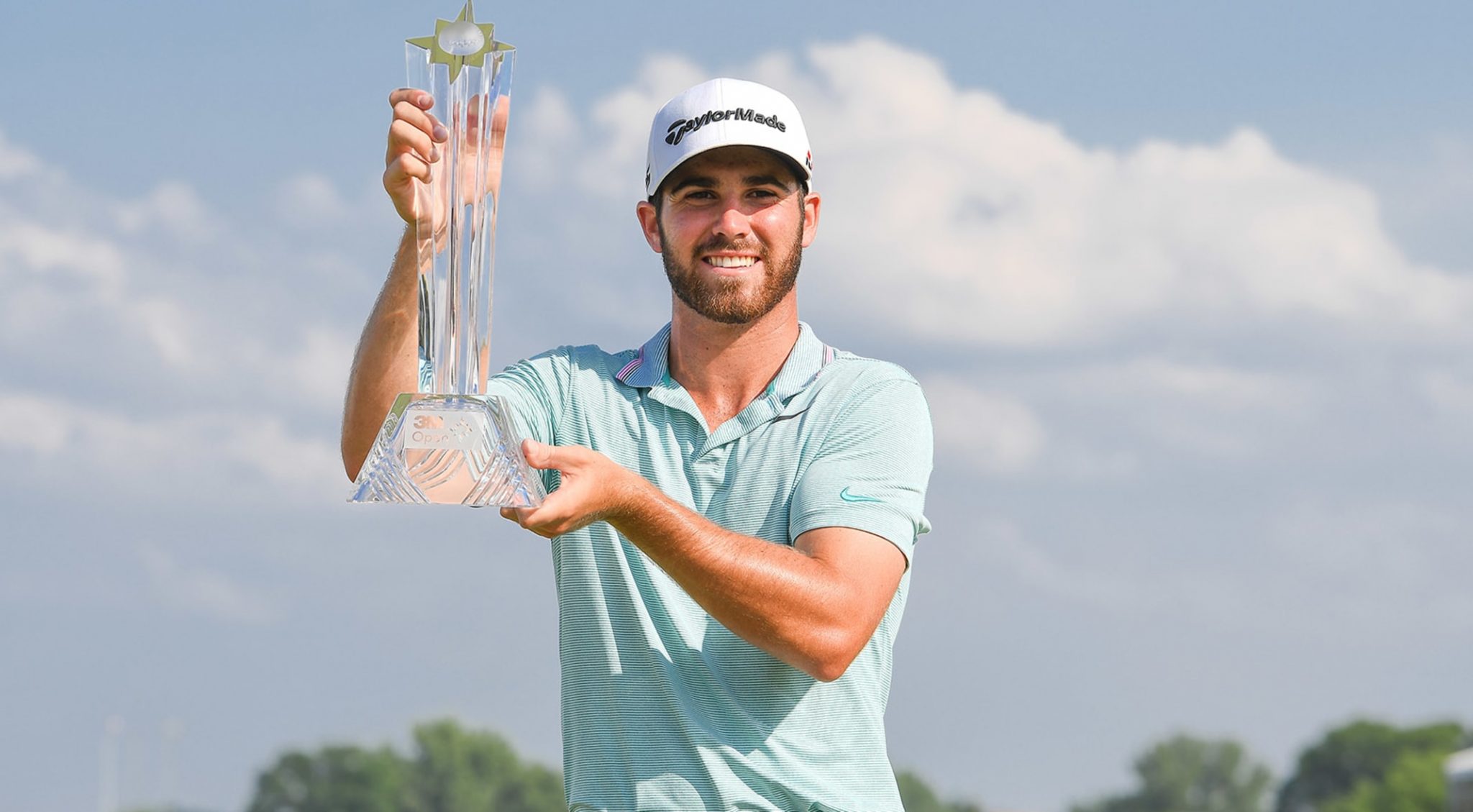 He’s a young winner. It didn’t take long for Wolff to win on the PGA Tour. In his third start, he won the 3M Open last July. And he did it dramatically, dropping an eagle putt on the last to prevail by a stroke.

He’s full of color. Hours before the skins game, he shaved his beard into a Fu-Manchu moustache, sharing the transformation on social media. During the Waste Management Open in early February, he wore a Kobe Bryant jersey on one of the holes in tribute to Bryant’s death. And he has a wolf headcover. Of course.

He’s seen every episode of “The Office” nine times, according to Bleacher Report. There are 201 episodes, so that’s 1,809 viewings of Michael Scott. Or, with each show being about a half-hour, that’s 54,270 minutes of Dwight Schrute.